An 11-year-old boy, Krishav Mahajan, aspires to represent India in Olympics Championship and win a gold medal for his country. Till date, Krishav has bagged over 45 gold medals in Karate. Mahajan has been learning Karate since the age of five and he has a collection of over 45 gold medals and many certificates. “He has attended various tournaments till now. Krishav has also competed with several strong players in the ring. I train him for two hours each day. He started playing at the inter-school level and now he plays at the international level,’ Kumar added. 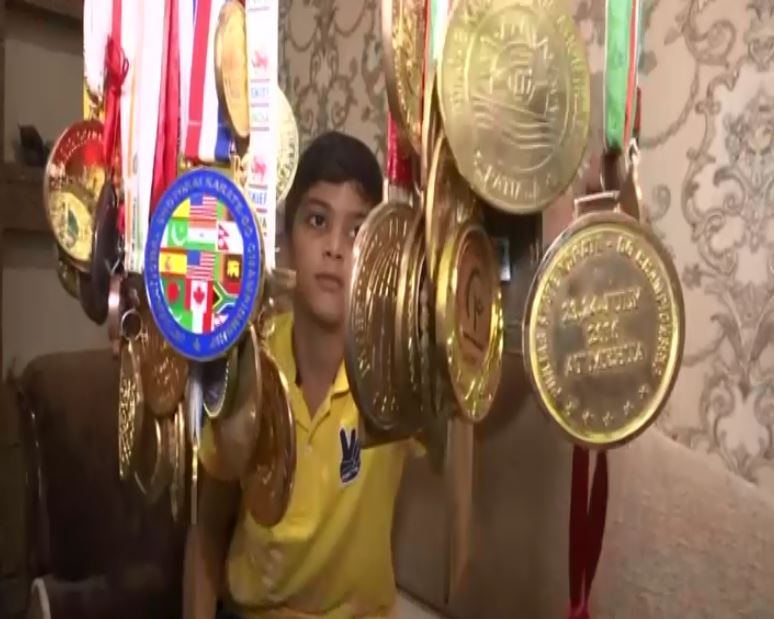 As per Krishav, “I chose this game when I saw my coach performing Karate jumps. That was the moment when I decided to learn Karate. I have participated in various international tournaments in Malaysia and South Africa. I have won over 45 gold medals.”

“If my coach continues to pour his blessings over me then I’ll become the best Karate Champion,” he added. Recently, the 11-year-old bagged a gold medal in the 20th Milo International Open Karate Championship at Kuala Lumpur in Malaysia. Over 16 countries and over 2,200 participants had participated in the tournament. Krishav is not only focused on taking up Karate in future but this champion is equally concerned about his studies and school. After returning from school, Krishav attends his tuitions and go for his Karate training after completing all his school work.